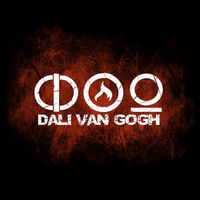 Dali Van Gogh returns to Gus' Pub for their first show of 2018, celebrating the release of their long awaited video for Outside Looking In. Special guest performances by Magnetic North and Hostis.

10pm: Hostis heats things up shortly after doors open, kicking off a night of non stop rock n roll. Like a herd of elephants stomping your earlobes, Hostis bashes out some of the best original rock NS has to offer! Comprised of members from two other local rock groups, Hostis forms a veritable supergroup that is not to be missed. Whether its face searing punk like the tracks "Blood Bed" and "In Flames", or the hard-hitting groove rock of soon to be classics like "Part of Me" and "Open Eyes", Hostis will leave you asking for more!

1130pm: Hot off of a super successful 2017 that included a new album, charting singles, an Eastern Canada tour, and a headlining show at The Marquee Ballroom, Dali Van Gogh returns to the stage to celebrate the release of a new music video for their latest single, "Outside Looking In". Performing almost 1 year to the day since the release of their MNS Award nominated album, From Ashes, DVG will be performing all your favorites, including the hit single "God Help Me I Like It", a few covers, and maybe even a couple tunes of their forthcoming followup record. The band will also be raising money for their summer tour!

1am: Closing off the show, Magnetic North originaly hail from the far away magical land of Cape Breton, but with the recent release of their self titled EP, have relocated to Halifax and have been rocking ever since. Featuring the singles “ Shakedown,” “That Girl,” and “Back Again", the EP along with other merchandise from all 3 bands will be on sale at the event.